How has your parents' immigration story and background shaped you growing up and as an adult now?

My dad came to the United States first. There's a guy called John M. Perkins in Mississippi. He's a well-known preacher and advocate for racial reconciliation. He and his wife have always been like grandparents to me here in America. So Grandpa Perkins years ago went to Kenya for a mission trip and they ended up giving a scholarship to about four or five boys. My dad happened to be one of those boys. So that's what brought my dad to the United States. He went to college and got his master's here in America and went back home. He ended up marrying my mom and they both decided to move back to America.

My dad had a choir in Kenya. He used to tour around with his choir and he was always into music. He played piano and guitar. My parents had their kids in America, and my sisters and I grew up in the music world. I was forced into taking piano lessons and getting into the children's choir because my dad ended up being the director. We would always sing together and that’s how I got started in the music field. I’m also a travel respiratory therapist. I travel for work. I'm working on the COVID crisis right now. Jackson, Mississippi is where I'm from and where I live, but for work, three months at a time, I’m at different hospitals in the US. I was in Florida for three months. Now I'm here in Kentucky and I have four and a half weeks left here and then I'll be back home in Mississippi again. I go back and forth all the time.

What is the impact that you're witnessing in communities you visit during the Coronavirus pandemic?

It's been really eye-opening, I have to say, because when you live somewhere and you get so used to that routine of where you're from and the way things go, and then the crisis came along. They needed healthcare workers here and in other areas. And you go, and then you’re like “Oh wow. It's the same here.” Everybody is experiencing loss and death. It's very eye-opening to see the pandemic. And in the healthcare field, you're actually witnessing people suffering and going through it. There's actual family members crying at the bedside. It's different when you actually see it with your own eyes, rather than hear about it or read about it. But it's been exhausting honestly, especially with the traveling. I think that adds to it. But not only that. It’s also just being in the atmosphere with people who are really, really sick and you're there every single day. And just watching them either decline and get worse. Some even get better. I really have to take my personal days seriously, because that can really get in your head.

What do you miss most about Mississippi right now?

I miss that feeling of home and the comfort of knowing that the people around you have your back. I don't have any friends or family around here. I do meet people like my co-workers and I've made a lot of good friends here or anywhere. But just that sense of knowing “Oh, this is home” has a calming effect on me. When I get home every time I'm like “Okay everything's good. I'm home.” I think having the people around you that keep you grounded is always important.

Is there a message you would want to share with your loved ones or other healthcare workers when it comes to your experience?

Well, I would probably just say thank you to not only my family, but my friends, and all the healthcare workers in the world. Like I was saying, you go somewhere else and you're like “Oh wow. It's here too.” We don't think about that when we're in our routine of things. So thank you to all the health care workers all over the world who have been making sacrifices and working overtime and not being around their families as much as they should. That's very hard. I would say thank you, but thank you is not enough. Because even though I live that life, it's still amazing for me to see others do what I do also. And I’d sing that same song that went viral the first time. “He’s Got the Whole World in His Hands.” Just remembering that God's got us and if we all just stick together and unite, we can get through this pandemic. And not only the pandemic. Everything else going on in the world.

What gives you hope?

I would have to say the future gives me hope. I’m longing for unity in the world because it's been so divided. That's why I was so honored to even be a part of this last inauguration in the little part I was involved in. Just thinking about everything we've been through leading up to that time was emotional for me. So even though it was exciting for everybody else I kind of saw it in a different light. The future just gives me hope that one day--whether it's race, whether it's religion, whether it's this pandemic, the differences from politics, whatever it is--that one day we could at least respect each other's beliefs and respect everyone's way of living and not let something like that divide people. Also wanting a future in music as a career and getting deeper into music and writing and sharing music with the world also gives me hope and inspires me to just keep going.

What does Blackness mean to you--as a Black woman essential worker and all of your other identities that intersect with that?

I don't even know if I can describe that for myself. It’s more of a feeling than an explanation. Everybody knows, “Oh yes, a strong Black woman. Oh, you know we couldn't do this years ago now. We can vote now. We can all use the same bathroom now.” But I think about being a Black woman and I think back to seeing my parents from Kenya, from a different country, and seeing what they had to go through--the racism, the struggles they had to deal with, trying to make it in America as immigrants with children. Just seeing that is something I wish I could explain or describe. There’s an angry side to it. The side that wants to protect my parents because they still have accents and it's hard for people to understand them. But I love that I'm a Black woman. I love that it's Black History Month and we can shed light on the history that Africans are Black people. I also grew up in a very mixed community. Even my church and schools were equally mixed with white people. I don't want to take away from being Black, but at the same time I grew up around other races who were very accepting of me. I'm not saying I haven't experienced racism, but I understand that people have experienced way worse than what I have experienced. It’s difficult to cut that off and think about the hardships when it's not something I've been around personally as much as other people. 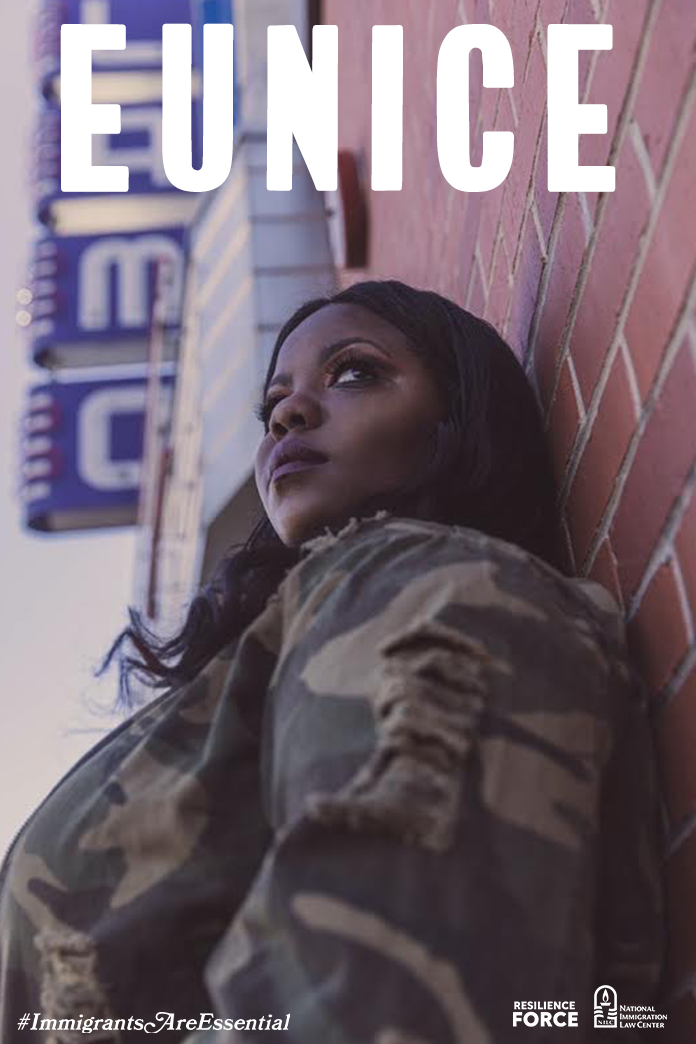