Tell us about your immigration story.

My dad first came to Canada, because he got a scholarship to study there for quite a bit of time before going back to Egypt and meeting my mom. Then she moved to Canada to be with him and I was actually born there. And then we moved. He got a job as an engineer here in the Bay Area. My dad's experience in this country is very tied to his race and more than his faith in some ways versus my mom’s experience, which is really tied to her faith. I grew up with a kind of complicated understanding of how to navigate Western society. My family originates from Egypt. Within that, there's a heritage in Egypt. My mom descends from Turks and Moroccans. But my dad is from the southern part of Egypt, which geographically is referred to as Upper Egypt. But it's actually closer to Sudan. So I grew up with two very different perspectives of what it means to be Egyptian. Here in the United States, I don't meet a lot of people with heritage like mine. With other Egyptians oftentimes the point of connection is an Arab identity you know, and I have always really struggled with that because we need to get real about the racism and colorism in that. My understanding of myself was not the best always and I think, unfortunately, it’s a point of connection with many of the Black people in my life. What it means to unlearn the trauma of being seen as less. It was ingrained in me that I wasn't quite enough. In hindsight, it was so messed up and that definitely translated from my immigrant heritage. When my family came here that's something I didn't leave.

Which does blackness mean to you?
I think of diaspora. I think of expansiveness. I think of diversity and nuance. I think of laughter. Specifically, laughter because I feel like that's a huge trauma response. I think of spirituality and faith and resilience and strength. There's this Pat Parker quote. She’s from the Bay Area and the quote is basically “The first thing you do is to forget that I'm Black. Second, you must never forget that I'm Black.”I feel like that's a really important quote. It's like a really crucial identity to our community building and our experiences.

What are some of the challenges you've experienced as an essential worker during COVID?

It's very hard to talk exclusively about my immigrant community because I have not seen the faces of many of my students. Most of them keep their cameras off and we don't mandate that in our district because like I said there's a lot going on. There's a lot going on in their homes and most of my students are impoverished. I have many students who are homeless or whose families are dealing with domestic violence. I literally don't know the faces of my students so it's very hard to specifically talk about the immigrant community versus my students who are fifth-generation Black in the city and who have watched their families and their communities be gentrified out of the city. All of my students are dealing with such complicated situations right now.

What has been the greatest impact of COVID on the immigrant community in your city?

I think right now, the biggest issue there's so much inequity in access so what virtual learning means for one kid is not going to be the same for another kid. Like one kid might have the resources they need to do it every day from home whereas another kid might have nothing and might not be able to do it. I am lucky to be in a district where. Every student has a laptop and a wifi hotspot. We all had that delivered to them so that's great that they have that in our context. A lot of my students, being from immigrant backgrounds, live intergenerationally so it's mom and grandpa and grandma living at home with them. Then they have two or three other siblings and maybe even a cousin living with them. And that means doing school from home is very hard. You can't ask these, like five or six people at home to not talk the entire day. You end up having to concentrate at 11 years old with a bunch of stimulation in the background and that makes learning really hard. Since the pandemic, my focus has gone from academic to social-emotional skills because I'm just like “We can figure this later.” Catching them up academically in seventh grade is going to be hard, but I think what will be harder is resolving a trauma that's occurring from being 11 years old and being stuck at home and not having the social-emotional opportunities that come with middle school.

What gives you hope in hard times?

I have one student who refused to participate. She's a newcomer which means she came to the United States within one to three years ago. She's very recently integrated and she started the school year communicating to me, “I don't read out loud. Please don't ever call me to read out loud.” And then by the end of last semester, she volunteered twice in front of the whole class and that was literally one of the highlights of my entire teaching experience so far. It was all on her own. No one pushed her into that. When she was reading she was giggling at the words she didn't understand. I helped her read through the whole stanza of the poem we were reading and it was just awesome to see other students in excitement for her too. And I hyped her up. I was like “Yo you all understand how amazing this is!” And she was so chill about it. I don't think she realized how brave she was or how much she modeled courage for other students. What she did was huge. It really, really touched my heart. Teaching is very hard and definitely being a teacher during a pandemic it’s like we're in the trenches. The debate about schools opening is very questionable and frustrating. But yeah, I’d say my students give me hope. 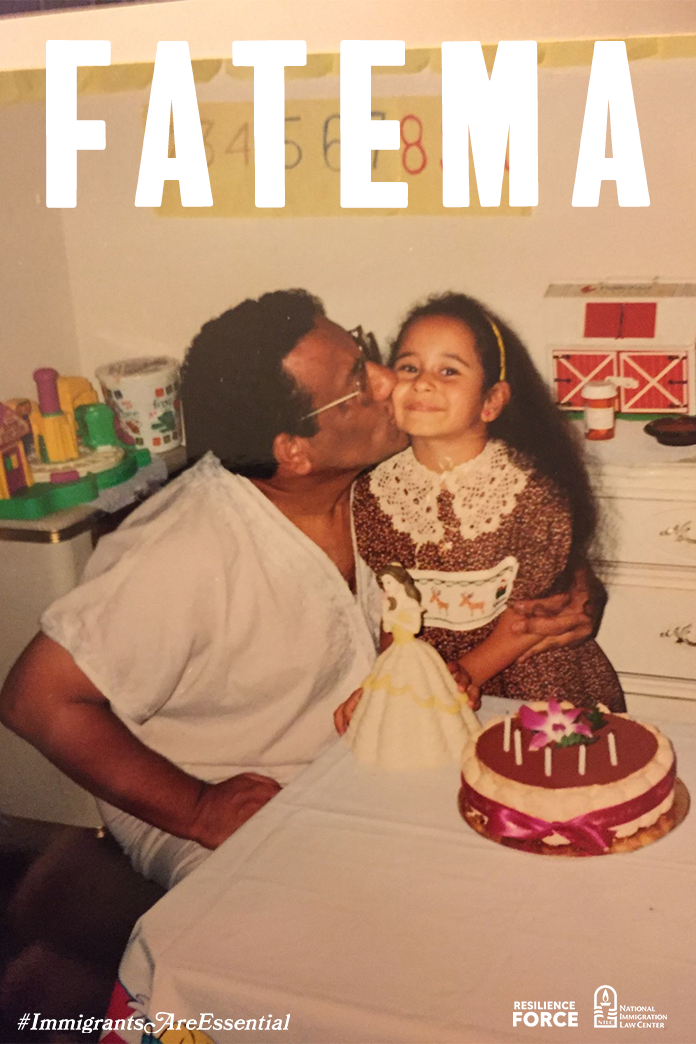