Tell us about your immigration story.

There are a lot of good things and challenges in my immigration story. I was born in Senegal and I started my immigration story in Argentina. When I traveled to Argentina I was still young and there for a specific dream: to play soccer. When I started playing soccer, the goal was always “How am I going to make money so I can financially support my mom?” That’s why I left everything behind. I was in law school at the University of Dakar. I thought, “If I travel, maybe in two years I will be able to provide for my family and help my mom retire.” It didn’t happen as planned. I had to stop my soccer career because I had an injury that was keeping me out of the game. That was a lot of time to not be sending money home.

But before I got injured in soccer I had already signed up for culinary school. That was something I liked since I was a kid. I started my culinary journey by helping my mom in the kitchen because my dad had passed away. Since I was the second oldest boy we were still going to school and didn’t have work. I needed to help her so she could focus on her job. I took over the cooking for the family. A lot of challenges. Not only was I young, but we weren’t lucky to have a nice set-up for a kitchen. It was basically cooking out of wood or sometimes charcoal. Sometimes propane gas. It was a little bit dangerous, but I survived and learned very easily as a good listener.

I didn’t know cooking would become my life. In Argentina I decided to just focus on my culinary career and find a restaurant to work at. I opened my first restaurant in 2008 without any experience in the restaurant industry. It was a seasonal restaurant: 4 months a year. I also had a lunch program in the low season where I was delivering lunch to immigrants like myself who didn’t have access to Senegalese food. I delivered them out of my car in a food-truck set up.

Later, I also had the opportunity to be hired by a hotel out in Brazil and I moved out without knowing any Portuguese. I thought it was going to be easy, but the transition between Spanish and Portuguese is a big thing. It was challenging. I signed up to work as a waiter at the hotel and it forced me to talk Portuguese and learn how Brazilians eat. A year later I was promoted to be a chef for four years until I opened up my catering business. That business led me to a big company in Rio de Janeiro that was getting ready to cook for the 2014 World Cup and the 2016 Olympics. I was cooking for 5,000 people a day. That was the proudest job I ever did. I always faced challenges. As a soccer player that didn’t make it, it was a huge opportunity for me to showcase my abilities.

I realized that my place was fundamentally to be in competition and I saw that place as the United States, especially as a place that has a diverse representation from different cultures. That’s where my decision to move to the United States came from. I wanted to showcase to the world what I can do and showcase my background with it’s unique cooking from Senegal, Argentina, and Brazil. I got to this country in 2016 and I had a lot of challenges learning English. I landed in New York and started to learn English. Here I am today passing the challenges of what immigrants face and mixing myself in American culture, which I think is all about immigration too and how this country was built.

What are some of the challenges you've experienced as an essential worker during COVID?

COVID is something that divides itself in different categories. There are people who do extremely good in this pandemic. There are people who suffer in this pandemic. And there are people who are in the middle--they are fine and are waiting for life to come back. In the first months of this pandemic, I saw my bank account withdrawing and withdrawing and withdrawing and of course with overdraw fees all the time. The pandemic has taken me further in than it ever has been before with more debt and all of these problems. I started a restaurant in 2019 and 7 months later I had to close my doors. I had to owe people money. But I was still waking up early and going to work and handling orders on the phone and going to the kitchen and even doing deliveries. It was super tight to keep going. I thought about giving up and stepping down. The day I had the courage to talk to my landlord and tell my landlord I was going to let the restaurant go, I actually talked to him, went back to my car feeling sad, and all of a sudden, I saw an email from the City of Oakland for a partnership to distribute 100 meals a week. They asked me how fast I could start. It was a Wednesday and they asked me if I could serve 100 meals on Friday. I said “Yes, I can do it.” I told my landlord to forget about what I said. I got my supplies and my employees back to work and they liked the meals and all of a sudden it became 400 meals a day for five days a week. So boom! It took me back from the deeper part of my life to the highest. Instead of thinking about surviving I was thinking about thriving. I want to make my dream happen now. I got a food truck. I signed up for my own storefront. I hired more people. Here I am today. The pandemic is still here, but I make enough to pay my employees and keep the restaurant going. I’m not making money, but it’s okay because I could be in a different position and now I’m providing jobs and making sure people get paid. This is life learning.

What has it been like to serve these meals?

If I were rich, I would do this every day. Even though I’m not making much money today I started a non-profit called The Damel Foundation in Senegal back in Africa because that’s where people need help the most. I started doing that in my hometown and now I can do that in my resident town. So there’s nothing more gratifying than being able to provide food for those who cannot afford it. And getting paid for it is a huge blessing. More than that, having people who otherwise wouldn’t be working today and can now feed their own family is a huge blessing. That’s why I am a chef today. When I was growing up one of the questions I asked myself was “Where can I be in a position where I am in service all the time?” That’s part of why I decided to be a chef. People are going to need you at least one time a day. I was born poor. If I can be in a position where I can help people who were in the same situation I grew up in, I would do it for any price.

Do you have a message to share with people who were in your position 5 years ago or who are immigrants now?

We are living in a struggle right now in my home country. Immigrating isn’t always the solution for their lives. It is not easy. I immigrated to a lot of places, so it’s hard for me to say, “Don’t do it.” But the most important thing here is that everyone is their own protagonist of their own destiny. It doesn’t matter where you are. If you’re the only one who can change the game for yourself, I think you can do it. We have opportunities here in the United States and that can push people to immigrate here and try to make it. Unfortunately, in my home country we don’t have the same opportunities for people to showcase their talents. People who are already here and immigrated here can think about people who are trying to come, and try to help them and create opportunities for them in their home-countries. Here I know how to run a business and hire people. My goal now is to build a business in my country and go and hire people who maybe were thinking about coming here. I want them to have the same opportunity I had in the United States back in Senegal. And make it happen there. I’m putting up a restaurant in Senegal right now as an extension of The Damel and I hope to hire 20 young people with a salary and a profession where they don’t even have to think about moving. It’s about providing. That’s my goal. And with the non-profit The Damel Foundation my focus is with the kids. I want to build parks where kids can spend their lives learning and playing like we see every corner here in the United States. You may only see that 2 or 3 times in the capitol in Senegal. And my long-term goal is to build a culinary school where these kids grow and can learn hospitality and cooking. That’s something for the future that may reduce immigration for 20 people. I haven’t gotten any donations yet but I want to reach that goal.

What gives you hope in hard times?

The first thing that gives me hope is my family for believing in me and the people who I’m serving right now and who come back to say thank you. I have been here since October of 2016 and in those four years look at what I have done. It’s not a long time compared to the other places I’ve been in the start of my culinary career. It’s not going to take a small amount of time to reach the goal that I have with my country and the goal I have for my business. And it's going to take a lot of work and hassle. But I am willing to do it.

A story on support from family:

Back in Argentina I didn't have money for myself, and my commitment was to send money to my mom every month or every two weeks so I could help my siblings. However, there were times I didn’t have that money. And then my mom instead offered me, “Do you need me to send you money this time?” I didn’t accept that of course, but the fact that she’s that patient with me keeps me going. And I make sure next month I can send the money. If I have to sleep on the street I’ll do and make sure they sleep tight and sleep well. 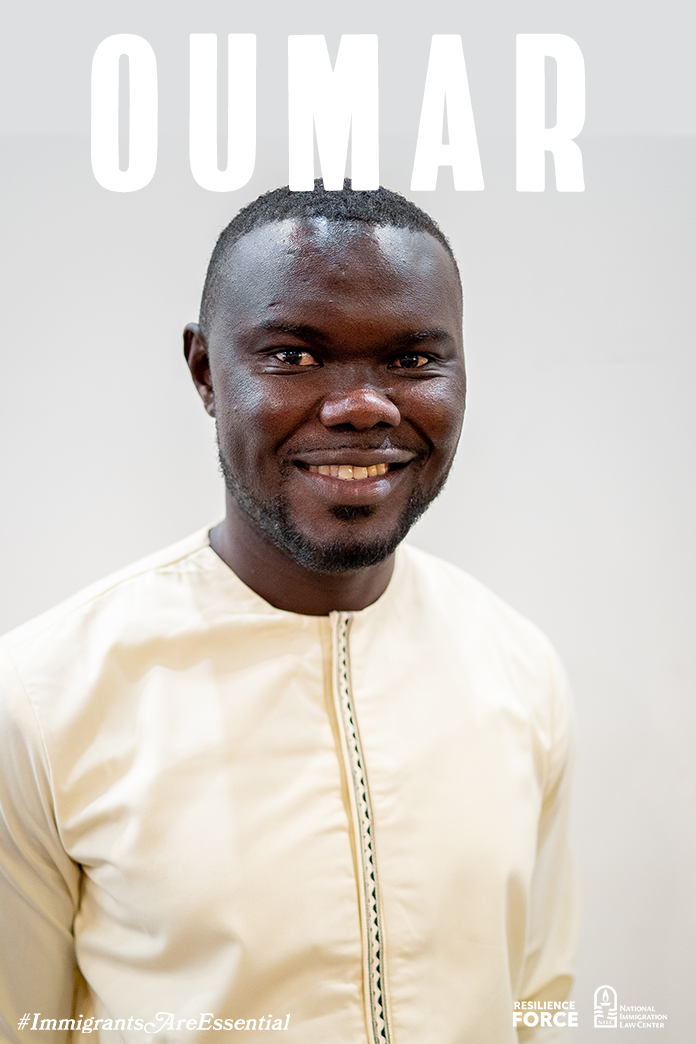