Roberto has worked in the fields for more than 20 years, in both the Coachella Valley and Central Valley. He’s picked just about every crop: lettuce, grapes, garlic, peppers, radish. He lives in a mobile home park in an unincorporated area of Eastern Coachella Valley, one of the poorest communities in the state.

Last week, he picked eggplant on his knees in 105 degree heat while wearing a face mask, which he said was “impossible to describe.” He’s been an activist in the fields ever since his son nearly died from heat stress in 2005 while at work, and testified at the state capitol in support of a new heat standard for outdoors workers, which passed. He’s undocumented, as is his wife and youngest daughter, a senior in high school. He has another daughter who has DACA. Roberto would want to use a pseudonym and have an illustration that obscures his face.

He has long considered farmworkers essential, and has taken videos of his coworkers in the field, which he shares on Facebook while he narrates what the viewer is seeing. He is grateful that more people are coming to realize how critical farmworkers are. “We think of doctors, firefighters, and police as important,” he says. “People that never saw us before now see that we also have value.” He sees his role as that of a soldier, someone whose job it is to make sure the rest of the country has the food it needs to survive during the crisis. “No one else is going to be able to do this — we are the only ones who know how. That motivates me to keep showing up.” 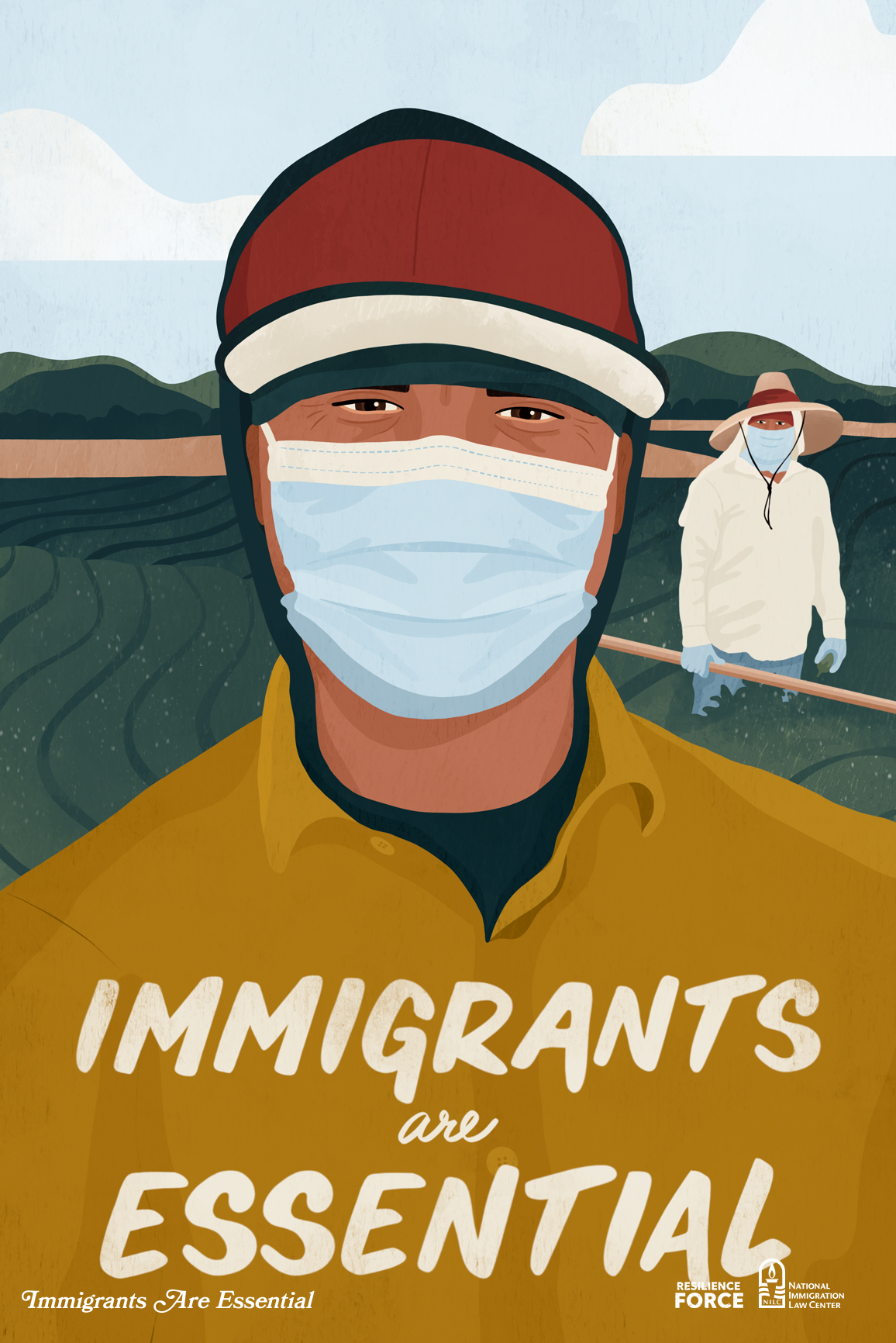